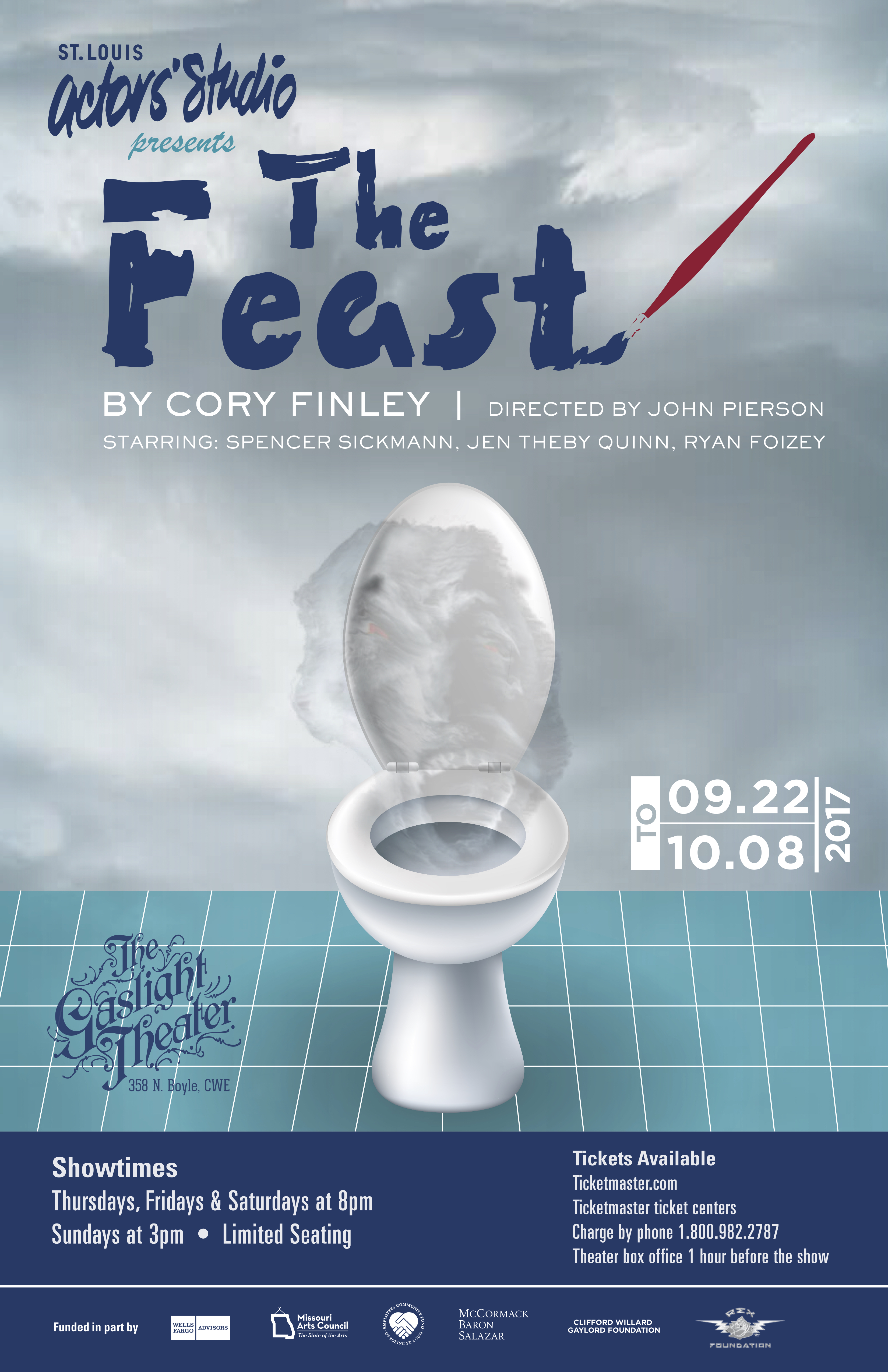 “The Feast,” which premiered at the Flea Theater and was workshopped at HotCity's 2014 Greenhouse festival under the title "Sunk" . Matt and Anna’s relationship is going swimmingly, until the sewers under their apartment open up and begin to speak. Matt’s paintings are getting stranger and every one he meets seems to know why. It could be about Anna, and it could be something much darker.  An eerie comedy about what is real, what is not, and who knows the difference.

“…nicely creepy…agreeably scary and original…There are twists and turns and more than one startling U-bend.”

“cast of three romp through this production with a verve that slowly gives way to menace. What begins as a straightforward domestic sitcom set-up — cranky plumbing — becomes an excursion into the dark realms of madness, horror and murder..”

“…Watch the faces, watch the body language...Lovely detail there, and one of the big reasons that small theaters can be such great venues..”