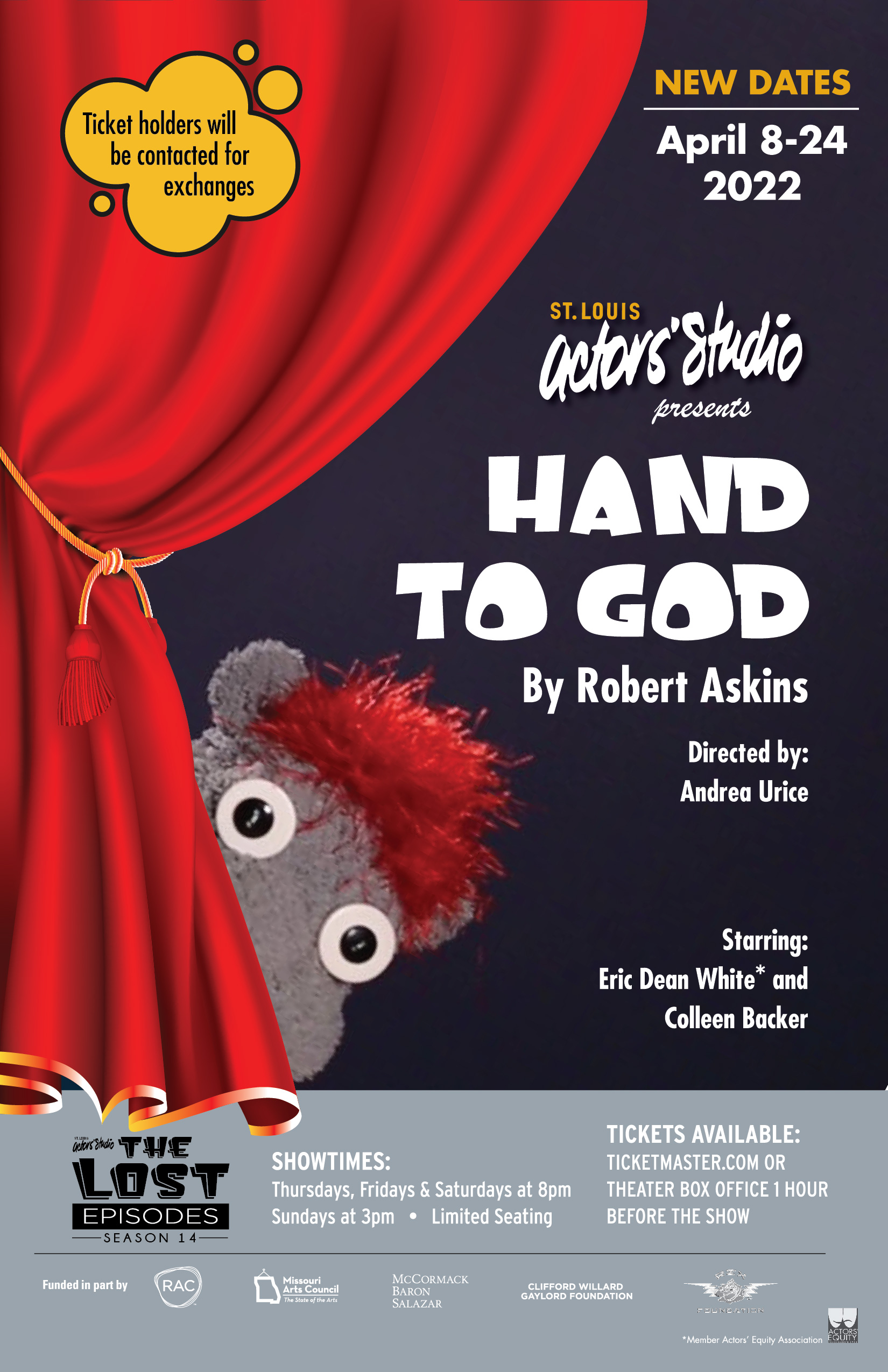 After the death of his father, meek Jason finds an outlet for his anxiety at the Christian Puppet Ministry, in the devoutly religious, relatively quiet small town of Cypress, Texas. Jason’s complicated relationships with the town pastor, the school bully, the girl next door, and—most especially—his mother are thrown into upheaval when Jason’s puppet, Tyrone, takes on a shocking and dangerously irreverent personality all its own. HAND TO GOD explores the startlingly fragile nature of faith, morality, and the ties that bind us.

T“‘Hand to God’ at St. Louis Actors’ Studio is Hands-Down Hilarious- a Fascinating and Must-See Experience”

"The Cast is Top-Notch, Particularly Henry-Eagles in His Double Role, Jason and Tyrone. Backer and White are, as Always, Polished. Richards is Appealing and so is Rotker,.”

"As Edgy as St. Louis Actors’ Studio Can Get, this Brazen Work is Unlike Anything You Have Previously Seen in the Intimate Gaslight Theatre. The laugh-Out-Loud Guffaws are as Frequent as the Jaw-Dropping Gasps."