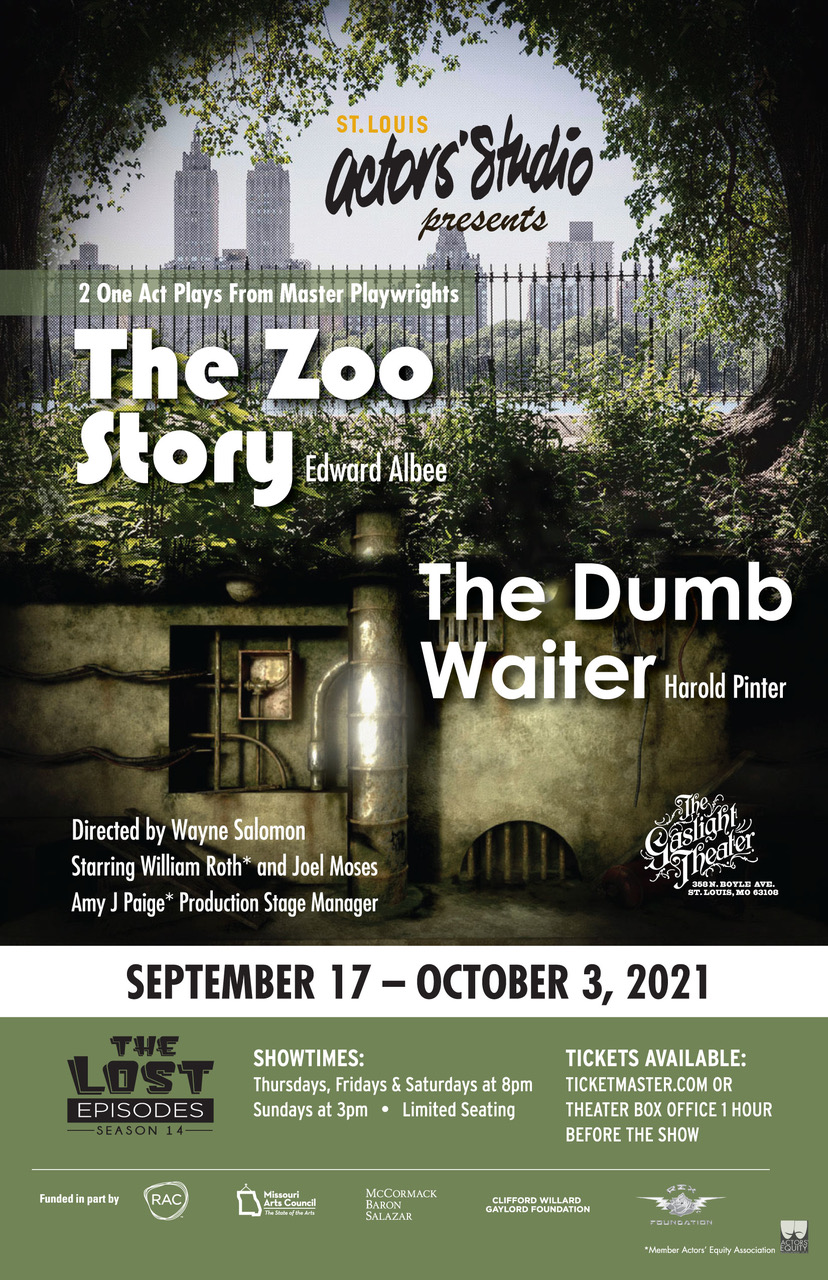 The Zoo Story, The Dumb Waiter

One-act plays are often overlooked by theater companies, which tend to focus on full-length works. But the double bill that opens the St. Louis Actors' Studio season is a rare and brilliant exception.The overpowering human need to connect, to make a difference to one another, flows through Edward Albee’s “The Zoo Story.” Aside from a deep understanding of Albee’s debut work (written in 1958), this production adds another layer to it.

Carefully crafted production that gives justice to both playwrights and their penchant for unsettling, off-kilter and provocative drama