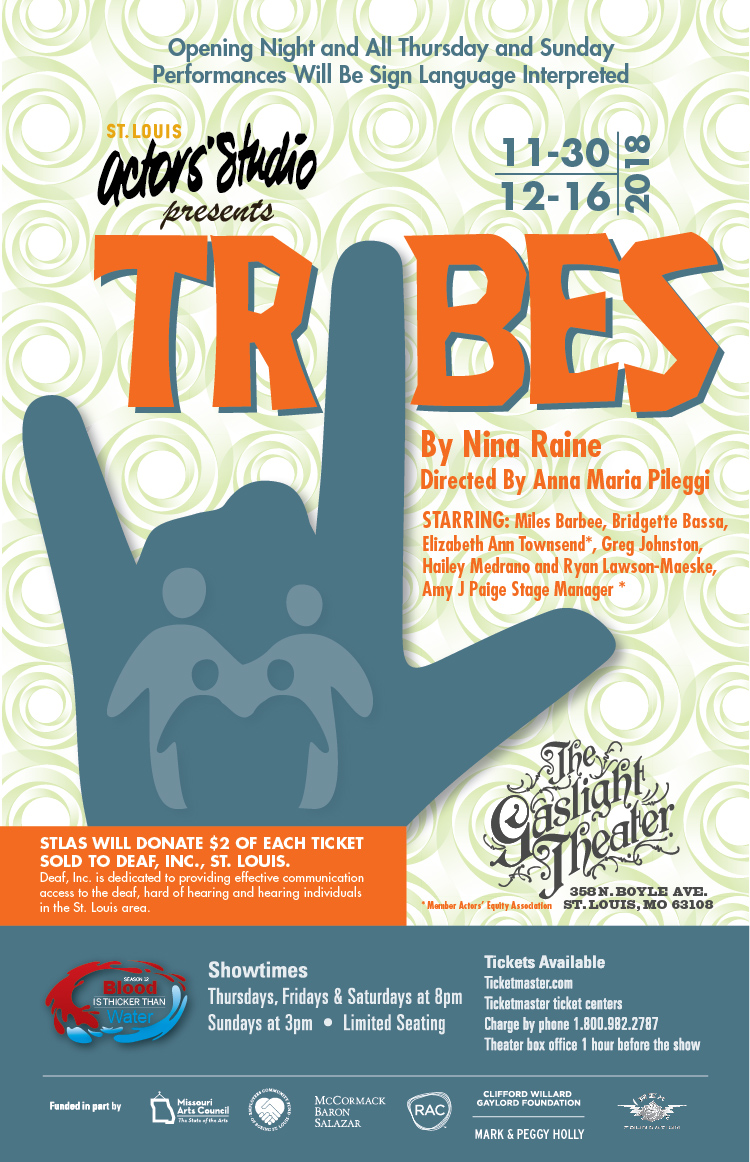 Billy was born deaf into a hearing family. He was raised inside its fiercely idiosyncratic and politically incorrect cocoon. He has adapted brilliantly to his family's unconventional ways, but they've never bothered to return the favor. It's not until he meets Sylvia, a young woman on the brink of deafness, that he finally understands what it means to be understood.

OPENING NIGHT AND ALL SUNDAY AND THURSDAY PERFORMANCES WILL BE SIGN INTERPRETED FOR OUR DEAF PATRONS. Email Help@stlas.org for details

"Tribes" actor Miles Barbee on the limits of communication, and how he's like his character Billy-St. Louis Magazine Article 11/27/18

"…Director Annamaria Pileggi brings a sensitive touch to this insightful comedy-drama about the strengths and strains of family ties."

"There's so much going on in…TRIBES that it's almost overwhelming: intellect and sentiment, love and cruelty, witty zingers and biting put-downs. But in Nina Raine's dazzling play, too much is a good thing."