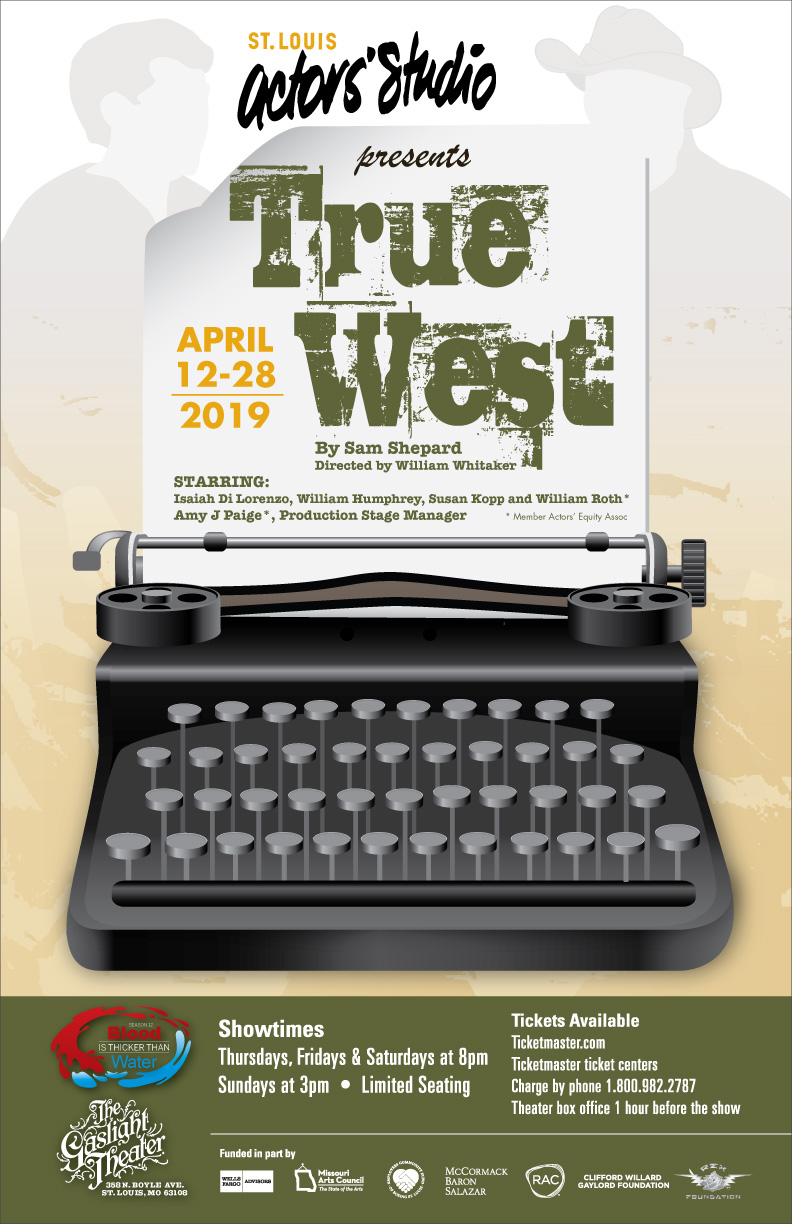 This American classic explores alternatives that might spring from the demented terrain of the California landscape. Sons of a desert-dwelling alcoholic and a suburban wanderer clash over a film script. Austin, the achiever, is working on a script he has sold to producer Sal Kimmer when Lee, a demented petty thief, drops in. He pitches his own idea for a movie to Kimmer, who then wants Austin to junk his bleak, modern love story and write Lee's trashy Western tale.

"True West is as much a gem now as it was nearly 40 years ago, as evidenced by Actors’ Studio’s sharply etched rendition."

"Humphrey and Di Lorenzo are powerful – the relationship dance is beautifully drawn. A carefully created rendition of an excellent play. "